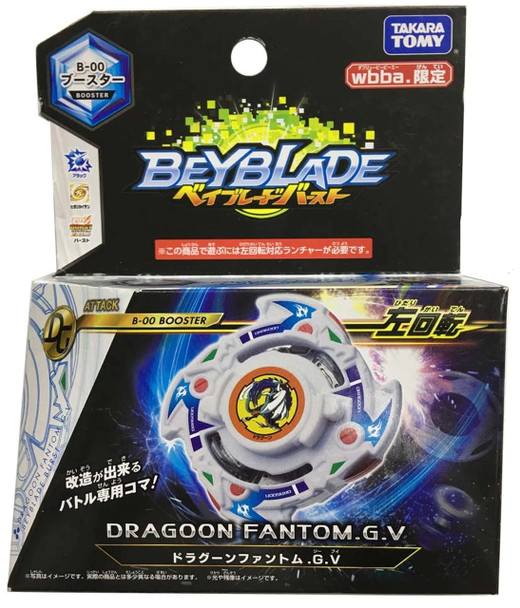 This special WBBA Corocoro Comics exclusive Bey is a Burst remake of the Dragoon Fantom from the original Beyblade series. Very limited quantity were produced. Makes a great collector's item.

MSRP:
Now: $39.99
Was:
What's Included:Layer - Revive PhoenixDisc - 10Performance Tip - FrictionSticker SetDocumentation This is an extremely rare and unique Beyblade. Limited Edition. Does not include launcher, but...

MSRP:
Now: $16.99
Was:
What's Included:Energy Layer - ValkyrieDocumentation RARE.  LIMITED RELEASE PLEASE NOTE:  This is a layer only! It is not a complete Beyblade.  This layer can be used with other...

MSRP:
Now: $14.99
Was:
What's Included:Layer (Dranzer Flame)Forge Disc (Yell)Performance Tip (Zeta)Sticker Set Documentation This is a rare Beyblade. It's one of the prize Beys from Random Booster Vol. 9 Beat...