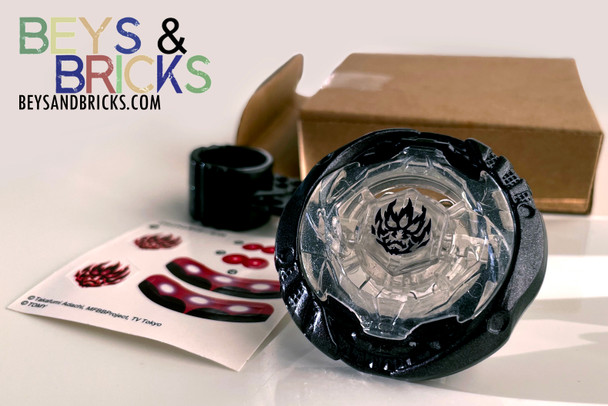 This Phantom Orion Skeleton version is one of the rarest and most sought after Metal Saga Beyblades of all time. Only 100 were ever produced.

Does not include launcher, but works with other Metal Series launchers. Launchers can also be bought separately.

Condition: NWOP (New Without Packaging)
Made by Takara Tomy

MSRP:
Now: $39.99
Was:
Burst Launcher Grip (A Launcher can also be referred to as Ripper)   -Attaches to your launcher providing a convenient handle. -Makes it easier to maneuver and control your...

MSRP:
Now: $28.99
Was:
This is not a complete Beyblade.  This is the layer part only. This is an extremely rare limited edition Red Amaterios layer.  Released by Corocoro Comics / WBBA. Great for...